FIGHT FOR THE CUBAN FIVE: DO MORE AND BETTER

Listening to Raul Garces give his lecture at the Second International Workshop on Social Networks and Alternative convinced me several points that I think is appropriate mentioning:

* The most important field to fight for the Five is within the United States.

* In Cuba we must strive to spread over the case but do it better, the fight within and not quantitative but qualitative.

* We do not know in depth the thought of Five, generally hear other opinions on them but it would be amazing to hear his view on other issues of our reality, not only for their own situation. Instinct tells me that is the most revolutionary within the revolution.

* The return of the Five is a fight for ourselves, the Yankees say that “no man left behind”, I say that no revolutionary left alone.

* We will continue supporting the Five, conveying who they are, sometimes the formality of some media convey a caricaturezca image that can not be further from reality. They are revolutionaries, fighters, disgruntled, with critics wrong and … (something awesome) over Cuba know that many people who have lived here all his life.
A hug to the Five, who never needed to declare the National Assembly as well, since they were since they began their efforts to protect their people. 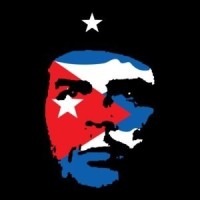